Again the forecast easterly failed to show but the tide was in our favour and a sailable NE came in for the last 10 Nm. Lots of fishing flags to keep the lookout vigilant.

We were the only yacht in the SW anchorage called Long Beach. Small dumping waves would make dinghy access difficult so we anchored up in the northern corner with the least swell. More blue sky today after the grey overcast conditions we've had recently. Ashore we walked the firm wide beach. 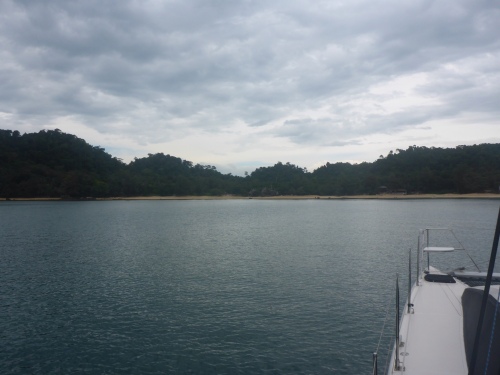 Lots of small bungalow accomodation with restaurants attached. Very bohemian , hippy style establishments. Furniture made of driftwood and decorations of flotsam and jetsam off the beach. A couple of newer resorts stood out along the beach but they were single storey and still blended in well with the surroundings. We walked the beach then ventured up the road past more quirky eateries and buildings half hidden in the foliage. No cars on the island just low powered motorbikes.
Back at the beach we chose a nice, new modern resort for a drink.

Then moved on to beachfront deck of Hornbill Resort for a great dinner.
Friday January 20
Hired a motorbike and set off to explore the island. A bit wobbly at first avoiding pot holes and cracks in the road. 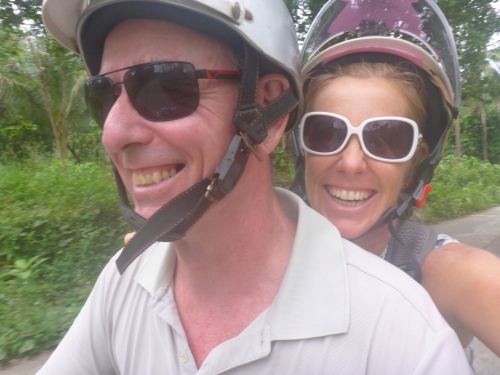 The main road led down to the pier where hundreds of tourists were shipping in and out on fast boats and ferries.

Parked the bike at the pier and went for a wander to the Buddist Monk section of town. 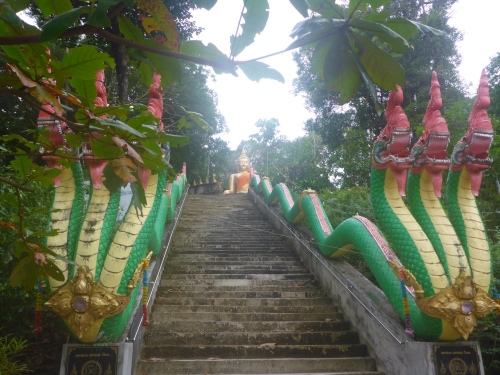 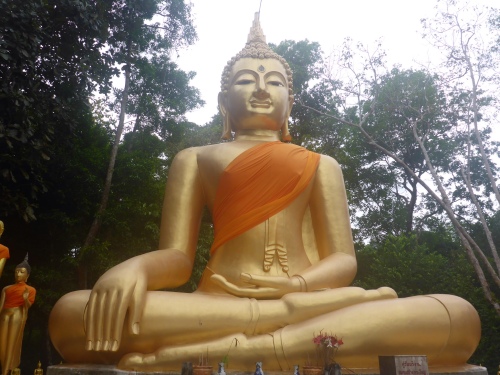 We thought this shrine might be a bit of ancient Thai Cultural Heritage but it turns out to be only 33 years old. 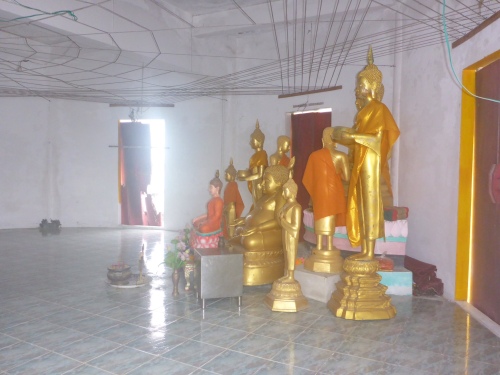 Lots of love interesting statues and the like but no information boards to give tourists any indication of what they are all about.

This cat just about summed the island up.

We covered just about every road and ended up down the southern end of the long beach. Much quieter down here and a very retro feel to the resorts.

Moved around to Buffalo Bay about 3 Nm further north on the island. Spent the rest of the morning stripping down the port Vacuflush Toilet again as it still had a slow vacuum leak that set of the pump every few hours. Very annoying at night.

Found the problem to be a split “O” ring on the spindle shaft. New “O” ring fitted but got cut every time the shaft was inserted. Found a small bur in the plastic that sliced the “O” ring during insertion. Finally got it smoothed out and a whole “O” ring in place. Lea had cleaned up all the parts and after a successful reassembly all was good in the toilet world again.

Swim to cool down and a paddleboard around the bay for some exercise. Found our bar for sundowners. 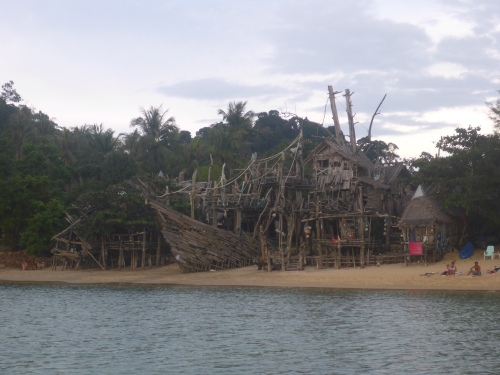 Headed ashore later to explore this unique construction and enjoy a beer. 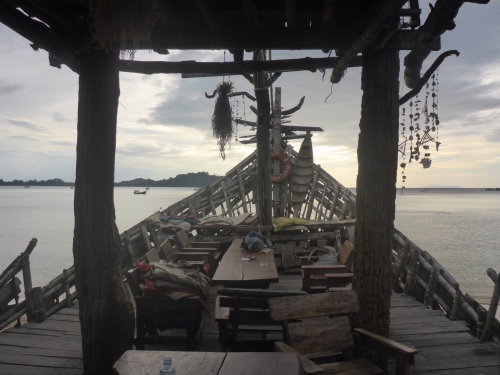 Fabulous concept and construction but not sure it would satisfy anyones idea of a building code. Found the resident Hornbills. 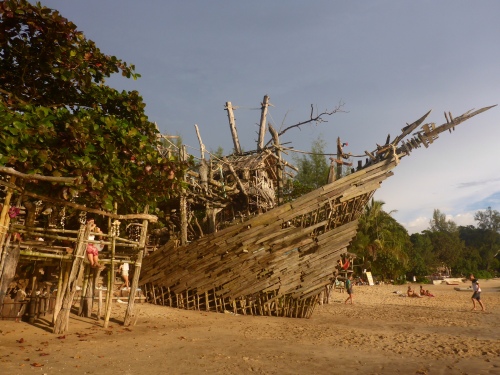 Settled onto the deck of the nearby Sun Resort for dinner. 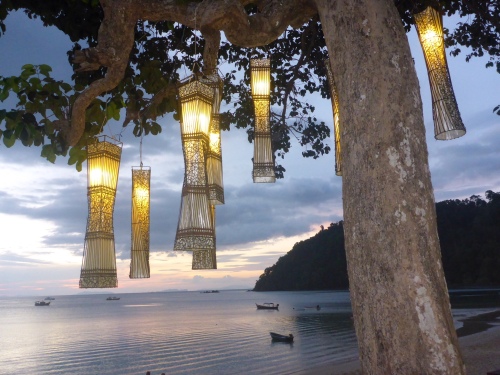 Tomorrow we are off to the Surin Islands.