Our 4 days in Mulu NP turned out to be another highlight of our trip this year. The park, in the Karst area of central Borneo, north of Brunei, is very well run with lots of walking tracks and caving experiences at all levels. The only access is by air or river boat. We arrived with no accomodation booked and tried a local homestay for the first night. 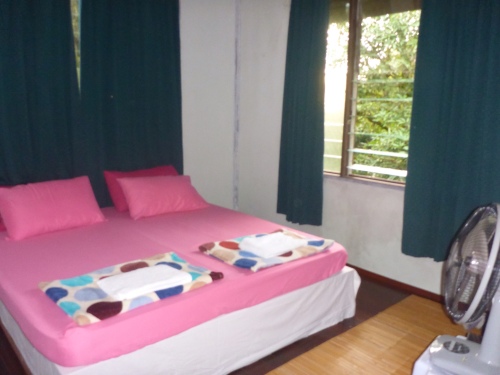 This was lovely and Lydia looked after us well but it was a bit too far from the park so we moved into accomodation within the park for the other 2 nights. The bathroom was also a bit to basic for my liking and you couldn't read at night due to the bugs.

We had considered doing the “Pinnacle” walk but that would have taken up all our time. We will come back another time to do that. We started with an afternoon cave tour heading up river in a longboat to “Fast Lane” Cave. 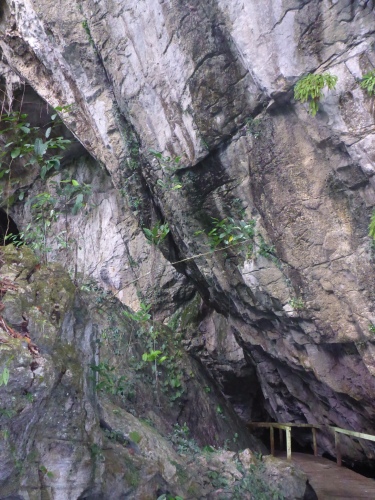 The cave was spectacular and our guide Jasper, who we had to ourselves, was a mine of information. These cave systems are the second longest in the world at about128 km long. 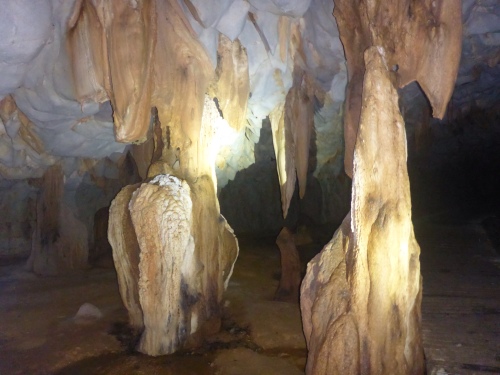 Lots of these fellows around. 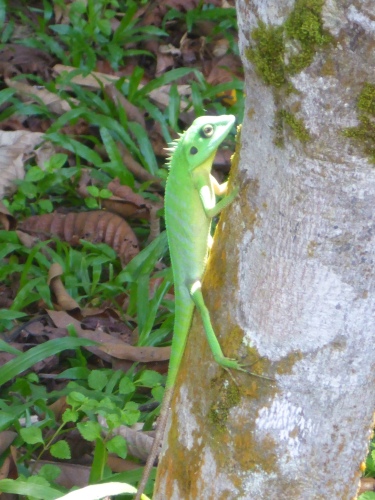 Monash Uni was running a field trip at the park and we enjoyed a chat with one of the students over a couple of cold beers before heading back to our homestay late afternoon.

Next morning we packed up and headed back to the park for the 0845 tour to “Clearwater Cave”. Lots of rain overnight had lifted the water level and muddied the waters but the boatman did a great job pushing us upstream beyond where we went yesturday.

First we visited the “Cave of Winds” 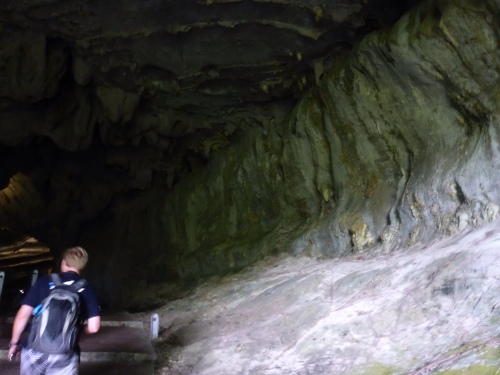 The pool here flows out of the cave and was a great place for a swim after exploring the cave.

The river runs through “Clearwater” and has created some beautiful sculpting. 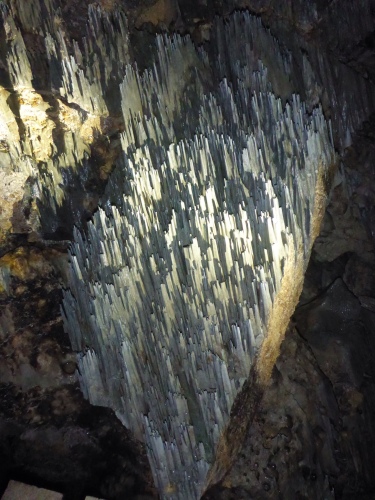 We walked through “Lady Cave” which branches off “Clearwater”, then a refreshing swim before it was back to the boats for the downstream trip.

Back at HQ we picked up our room key and moved in to our “Rainforest Lodge”.

The room was brand new and lovely.

After a quick lunch we were off again to “Deer Cave” and “Lang Cave”. We walked the 3.8km along the boardwalk with our guide ” Christian” pointing out creatures and plants along the way. We watched this green tree snake for some time.

Lots of the Rajah Brooks butterflys

Lea tried on some “elephant ears”.

Inside the rains had created waterfalls from the roof.

In nearby “Lang Cave” the formations were huge and it's probably one of the prettiest caves we have seen. 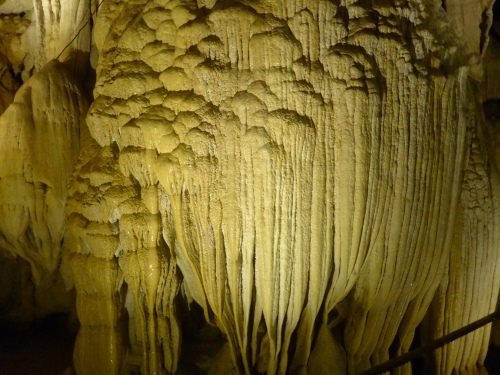 After exiting the caves we waited for the nightly bat exit.

We were not disappointed as wave after wave of bats gathered outside the cave exit and then spiraled their way off to feed. Its estimated that about 3 million bats live here.

On the way back the “chirping” was amazingly loud. We eventually tracked it down to coming from these frogs.

Lea had measured our steps for the day and the count was 24,000. No wonder we were tired.

Lea was over caves and especially bats so we went walking and did the 8km Paku Valley Loop. The waterfall halfway along gave Lea the opportunity for a swim. 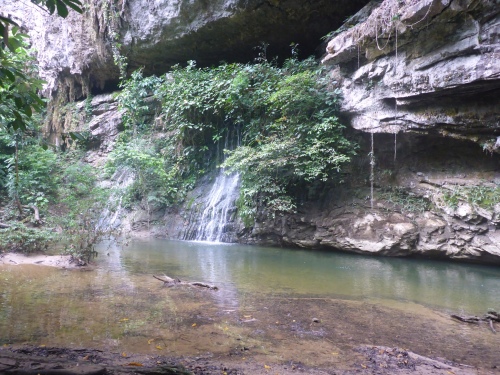 The water was a bit cold for me.

Headed back for a nice relaxing lunch and a quiet afternoon. 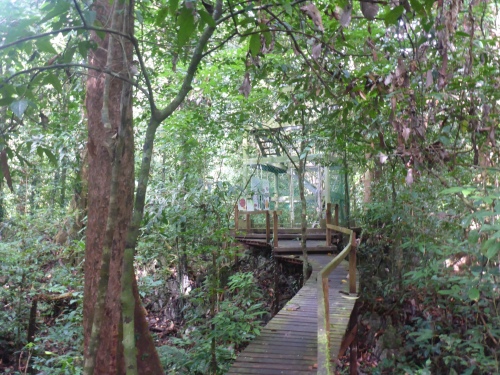 Then looping back from the entrance to “Deer Cave”. 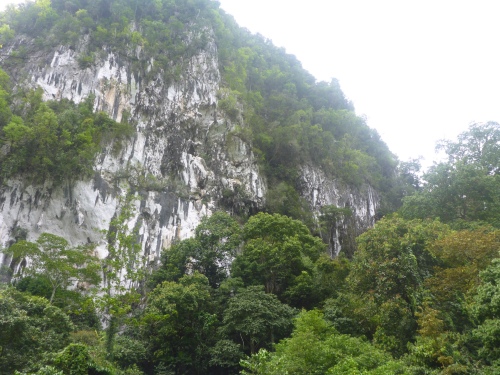 Back to the room in time for a shower and clean clothes before check out. A fabulous few days.